If there was one thing Nobby’s was missing (and these days there’s probably only one thing), it was a dance-til-you-drop, graffiti-covered dive bar with very few rules.

SURPRISE, that thing is missing no longer thanks to the team who gifted us Nightjar in Burleigh (you see where we’re going with this don’t you), Bine Beer Bar, Mr Hizola’s, Soho Place Bar and Hideaway Kitchen & Bar.

Yes Gold Coasters, Nightcap is now open in Nobby’s and you can expect a very similar vibe to that of older (but absolutely not wiser) sister-venue Nightjar. Which, if you’ve not yet had the pleasure, is somewhat of an anything goes-style situation with bulk debauchery, reveling and late night regret. So all the best things.

Nightcap, found on the highway in Nobby’s is marked with a neon red sign and an inconspicuous (of course) door leading into a space filled with album covers and records which could probably you entertain for hours, but the real entertainment is awaiting you on the other side of a wall that somehow blocks out every single ounce of noise coming from within. And within is where it’s at folks. As you’d expect, having no doubt frequented Nightjar on several occasions, the walls are covered in neon lights (love) and graffiti-style artwork with a stage for bands in one corner and a very dark booth for whatever you like really, in another.

The bar is decked out with many a bottle of the good stuff obvs but also a few fun things you should keep an eye out for while waiting in line for a tequila shot or two.

On the cocktail menu are tasty treats like the OG Margi, an ACDC Espresso, The Red Hot Chilli Pepper and the Dead Mans Espresso, among others and having sampled the lot, we can highly recommend each and every one. The bar crew are VERY well versed in the art of cocktail making, again amongst other things, so do yourself a favour and get involved in those. Of course, there are also beers on tap and in bottles and all of the shots on offer.

If you’re a spiced rum fan (which you should be), the Dead Mans Fingers is really very good and you should mix that right up with some fresh apple juice.

Live music is the name of the game at Nightcap and there’s something on every night with new bands getting the chance to take the stage too. It’s a bit of an easygoing, rock music vibe which is fun and very good for dancing the night away. Of course there are parties aplenty to be enjoyed at Nightcap – a Bad Santa party is coming up on Sunday the 22nd of December with $5 Dead Mans basics, $15 Dead Mans cocktails, live music and plenty of said debauchery no doubt.

Get in there for a good time, it’s our new fave drinking hole and we’re pretty sure it’ll be yours too. 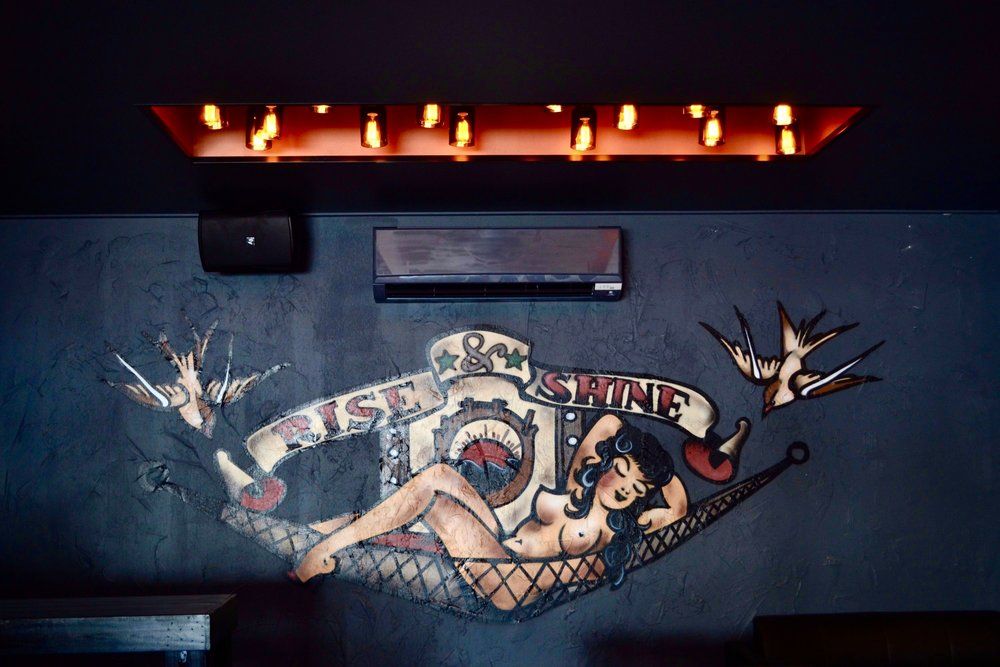 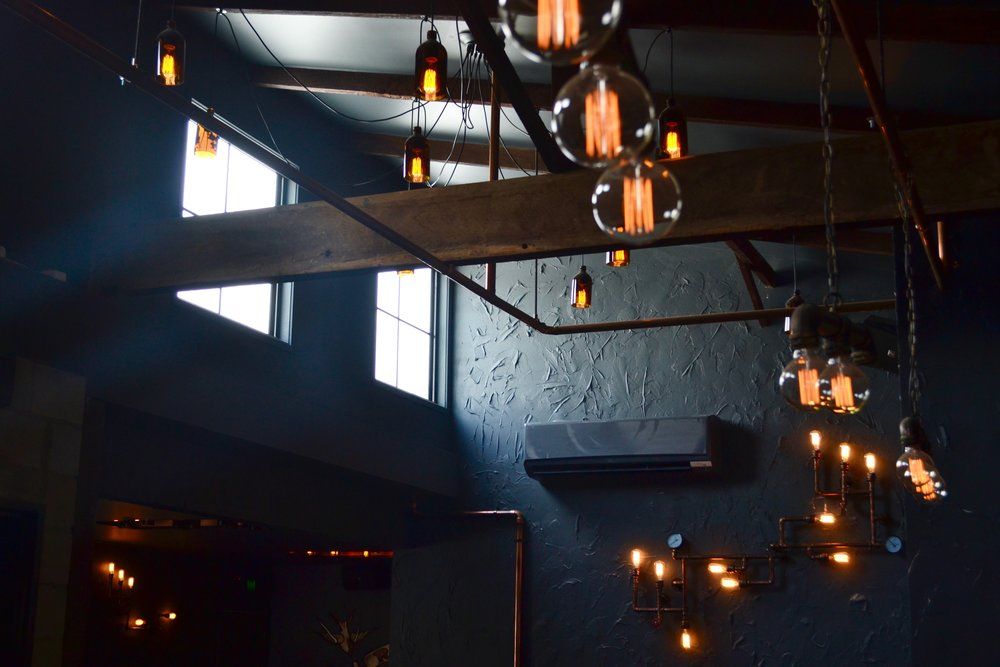 Just as it was starting to seem like there weren’t enough nights in the week to visit all the sweet bars Burleigh has to offer, another one pops up to demand your time and your cash.

You can thank Scott Imlach and his talented team for the latest dive bar-style back alley haunt, which is guaranteed to be your daily (too far?) go-to.

In their signature style, the gang behind Bine, Hideaway and Soho have decked the place out in traditional, Sailor Jerry, tattoo-style artworks and over 50 hanging bottles that provide a low-lit, dark and debaucherous vibe.

Opening on October 6th, Nightjar will take the bar scene back to basics with a focus on the ideals of freedom-seeking, wanderluster Sailor Jerry himself. There’s no dress code, no fancy fittings and no uptight rules (high fives all round).

It’s just a bar, down an alley, where good times are the name of the game.

There’ll be live music, cold beer, creative cocktails and crazy dance offs (may have made that up but a girl can dream right).

The name Nightjar pays homage to Scott and Michael’s Kiwi roots – in NZ their fave (also made up) phrase is “let’s have a jar at the pub” which in Aussie talk translates to “let’s get a beer”.

Can anyone confirm that beers in NZ are served in jars? Asking for a friend.

It’s the good old fashioned party bar Burleigh wants and deserves and there’s absolutely no doubt that all the best things will go down behind that roller door.

So pals, let your hair down, get your tattoos out and let the good times roll.

LOCATION: Justin Lane, Burleigh Heads (located next to Lockwood Bar)
HOURS: From 4pm to 12am Wednesday to Friday and 12pm to 12am Saturday and Sunday Over the last year or so we have reported on many a game-changing venue swinging open their doors to offer us, the good people of the Gold Coast, tasty eats and even tastier tipples. Until now though, there has been not one single Cantonese cuisine-themed restaurant to report on but HAPPY DAYS folks, the time has come.

Opening on Thursday (June 28th), Mr Hizola’s is the new kid on the Burleigh block, brought to you by the (surely very tired) team behind Hideaway Kitchen, Bine Craft Beer Bar, Soho Place and Nightjar (love you) and it’s a good one.

A low-lit, moody vibe is what you’ll find upon entering the 100-seat space and, as you’d expect from Scott Imlach, Simone Turnbridge, Michael Craighead and the crew, there are plenty of eye-catching features. The ceiling is covered in greenery with colourful paper lanterns dotted throughout, artwork depicting traditional scenes adorn one wall and a dark, somewhat magical laneway is your new favourite spot for Insta-snaps.

Most excitingly of course, is the food. Unlike anything else on the Gold Coast, the menu is straight from the creative mind of Mr Jon Hizola, formerly of Hideaway Kitchen and Etsu Izakaya fame (plus, you know Nobu in Perth) and yes, the man behind the venues’ name.

So the deal is share-style dishes, and good luck because there are way too many to taste. Luckily there’s a banquet for $50 per person so you don’t have to choose if you don’t wanna.

Cantonese food traditionally comes from China’s Guangdong Province (south west) and it would seem the food is quite a treat.

Mr Hizola’s menu is organised into sections including Dim Sum, From the Sea, From the Coop, Noodles and Rice etc. making for ease of ordering.

From the Colds section go the Kingfish Boucit in pickled chilli and aged black vinegar and the Pig’s Ear and Jellyfish salad with celery, cucumber and coriander. We know, but trust us.

Sizzling typhoon shelter Mooloolaba prawns is a dish drawing inspiration from the Mongolian-influenced areas of northern China and it’s laden with chilli and nuts and the prawns are as big as your face. Yes please.

The Chicken Gai Jik Pang (chicken drumstick) with sweet sour sauce has been described by someone who apparently knows a thing or two on the topic as “the moistest wing you’ll ever pop in your gob”. So there’s that.

We could literally list every single thing on the menu but instead, recommend you book yourself a table under the sky garden and eat until your pants pop.

For lunch, it’s a yum cha-style situation with plenty of delicious favourites to fill your belly.

The wine list has been carefully curated with choices made to complement the dishes and of course, a creative cocktail features the usual suspects plus some Chinese-inspired treats you’re gonna love.

Oh, one more thing. The menu has been designed to ignite all five of your senses so expect fire, theatrics and plenty of good times.

Cheers Mr Hizola, see ya Thursday (and every day after that).