If, like us, Turkish eats are a thing you never knew you could fall in love with, today is your lucky day. Particularly if you are of the Coomera-based persuasion (and if not, make it your business to get there asap).

Elk Bakehouse opened not too long ago and with it, comes an absolute abundance of the tastiest Turkish-inspired treats you should get in your life RIGHT NOW. Quite obviously, anything with the word bakehouse in it is a thing we can get behind. Purely because it means food is baked there and baked food is our favourite kind. Elk Bakehouse is no exception with cabinets jam-packed with pies, Turkish-style pastries, cakes, you name it.

They’re all found within a cosy little space inspired by snowy winters spent by the fire in a sweet little pine tree-surrounded log cabin. Sounds heavenly doesn’t it. Elk is all exposed brick walls, matte black accents and a select few plants to bring it all together. It’s delightful. Owners Pinar and Jade Carpaz, a mother and daughter team and two of the loveliest ladies you’ll ever meet, opened the venue in honour of Pinar’s late mother whose cooking influences feature throughout the delightful Turkish dishes. It’s their first venue and we are quite the fans of everything about it.

So what should you eat? Well everything but, of course, we’ll be specific.

The Börek is a crispy, baked pastry made with thin flaky dough and filled with cheese and it is melt-in-your-mouth delicious. The Simit is a Turkish street bagel that’s extremely popular in Turkey (and now in Coomera too). You may also (and should) choose the Simit Toastie which is said bagel stuffed with Turkish pastrami and cheese and so very good.

Also taste a Sigara (cigar roll). There are two flavours, spinach and fetta and savoury mince and you may as well take one of each.

There is also a Sucuk (dry, spicy sausage) pie that might just be the best pie in all the world. Of course, there are all the regular suspects if you want something a little closer to home; chicken farmhouse pies, other kinds of pies (all of which are golden and crunchy and smell divine), salads and the like.

For dessert, make sure you try Pinar’s carrot cake and the Semolina cake is worth a sample too. Don’t blame us if you roll out of there please.

To wash it all down, go with a Turkish coffee or tea and let us know how that goes won’t you. There are also some absolutely stunning Turkish homewares you’ll want to take home with you. Sorry about it.

So. If you’re in the market for next-level eats in a space that’s been put together with a whole lot of heart, look no further than Elk Bakehouse and definitely wear your stretchy pants. Exciting news Coomera clan, your brand new Westfield is well underway and we’ve got the scoop as to exactly what you can expect come October.

As you’d know, Westfield’s are like the King’s Landing of shopping centres; the biggest and the best filled with surprises at every turn and the occasional traitor (come Boxing Day sales).

Westfield Coomera is no exception. It’s set to become one of the Gold Coast’s dining, lifestyle and entertainment destinations of choice and northerners, you should definitely be excited.

Let’s start with the eats, because that’s a good time for everyone. The cuisine selection will tantalise all tastebuds with a range spanning the entire globe. Tapworks Bar and Grill will keep things close to home with a huge selection of craft beer and all your favourite pub-style meals while Kamikaze Teppanyaki & Bar will bring the good times and the tasty eats with a modern take on traditional teriyaki.

Beach House Bar and Grill is a double storey venue offering the very best in modern Australian and coastal dining and Nahm Thai Restaurant will offer a contemporary take on traditional Thai dishes. Burger lovers are covered by much-loved Betty’s Burgers who also bring tasty thickshakes and their signature desserts to the mix and this is only a tiny selection of the eateries Westfield Coomera has on offer.

Not only food though (obviously) the centre boasts some fun lifestyle features like iPlay Adventure featuring Clip N Climb, high-ropes course, roller-skating, laser tag and arcade games to blow off some energy after all that eating.

Plus, a place called The Park Coomera is a putt putt meets beer garden style situation with a full bar and pizzeria, bowling lane, live music stage and life-sized board games and that is the greatest addition to a shopping centre in the history of Queensland.

In all, the new space will be home to over 140 specialty stores plus plenty of outdoor areas for bulk relaxing and a market-inspired fresh food destination.

Sounds pretty good to us. Stay tuned for further information and an exact opening date.

Credit cards at the ready. In what may just be the most adorable news in Gold Coast history, two tiger cubs were born at Dreamworld a few weeks ago and, as of right now, you can go stare at their fluffy little faces while repeatedly needing to remind yourself why tigers don’t make good pets.

The pair, Melati and Mya, who were officially named today (February 13th) weigh only 3.66 and 3.36 kilos respectively and are still just learning to walk (bless).

Melati is an Indonesian name meaning ‘Jasmine flower’ and Mya is a name with many origins essentially meaning ‘beloved’ or ‘great’. Which they clearly both are.

The wee babes have now been relocated from post-natal care to Tiger Island’s ‘up close’ nursery den where the aforementioned staring at fluffy faces will take place.

Due to poaching and deforestation, it is estimated there are less than 4,000 tigers in the world today and that, friends, is devastating.

The Dreamworld Wildlife Foundation has contributed over $2 million toward tiger conservation programs since their launch in 2012. Which is why (besides the fact that there are TIGER CUBS on the Gold Coast) you need to get down there and tell all your pals to do the same.

Dreamworld’s tiger team (not the technical term) provide funding to organisations such as Wild Cats, Fauna and Flora International and The Phoenix Fund who police the jungles to find and destroy traps and track and arrest poachers.

Interactive tiger cub experiences, including photos with the little loves and walks around the park, are expected to be available in March – just in time for the Commonwealth Games.

As parents of human babies say, they don’t stay little for long, and right now they are the size of a large cat (like a domestic cat obviously) but without all the anger and entitlement issues.

Mostly the cubs just sleep and eat, which is the dream quite frankly, but it’s not every day you get to see a baby tiger, so get there before they grow into, you know, animals that can fit your whole head in their mouths.

What a time to be a Gold Coaster.

Words and photo by Kirra Smith 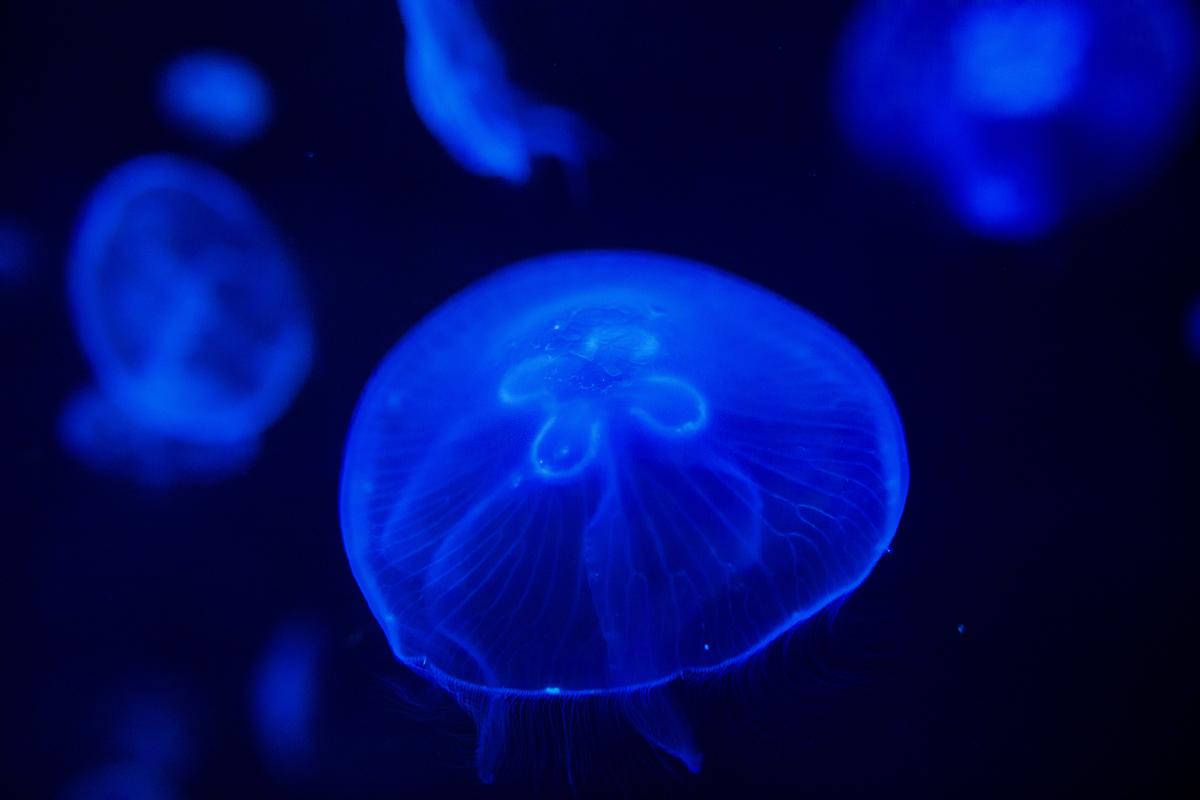 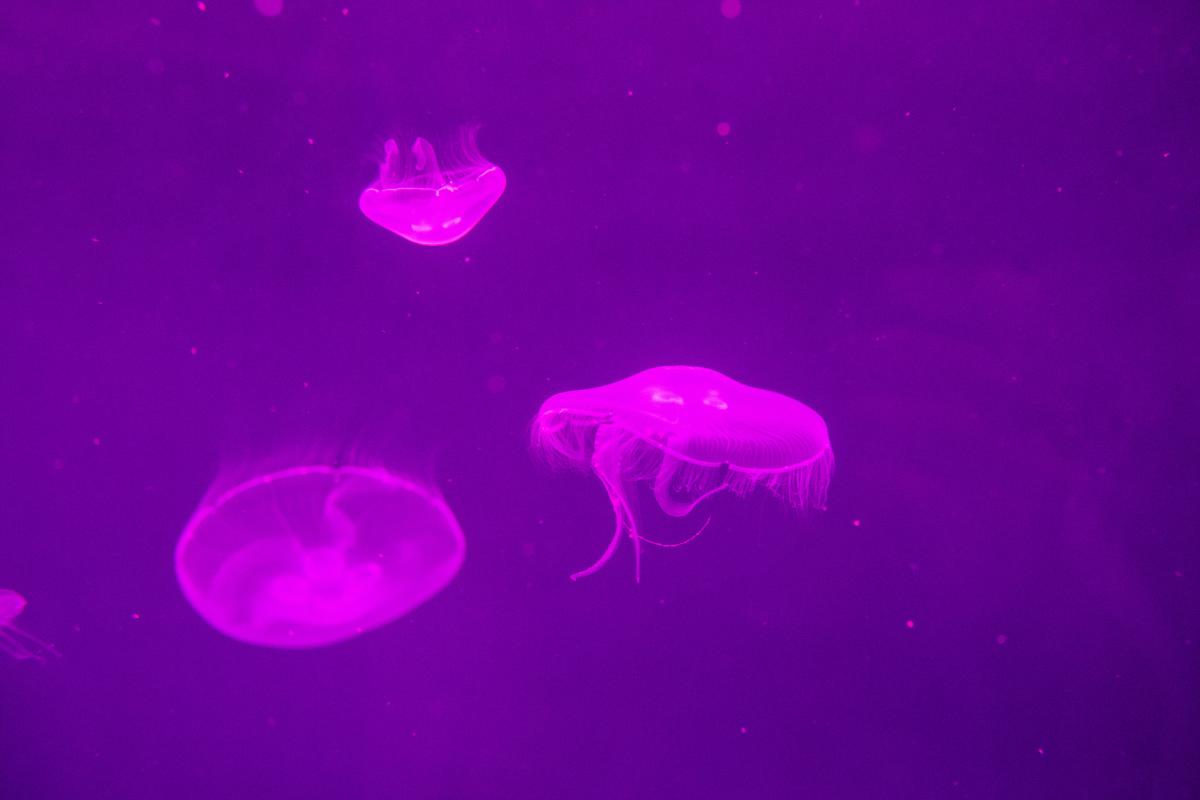 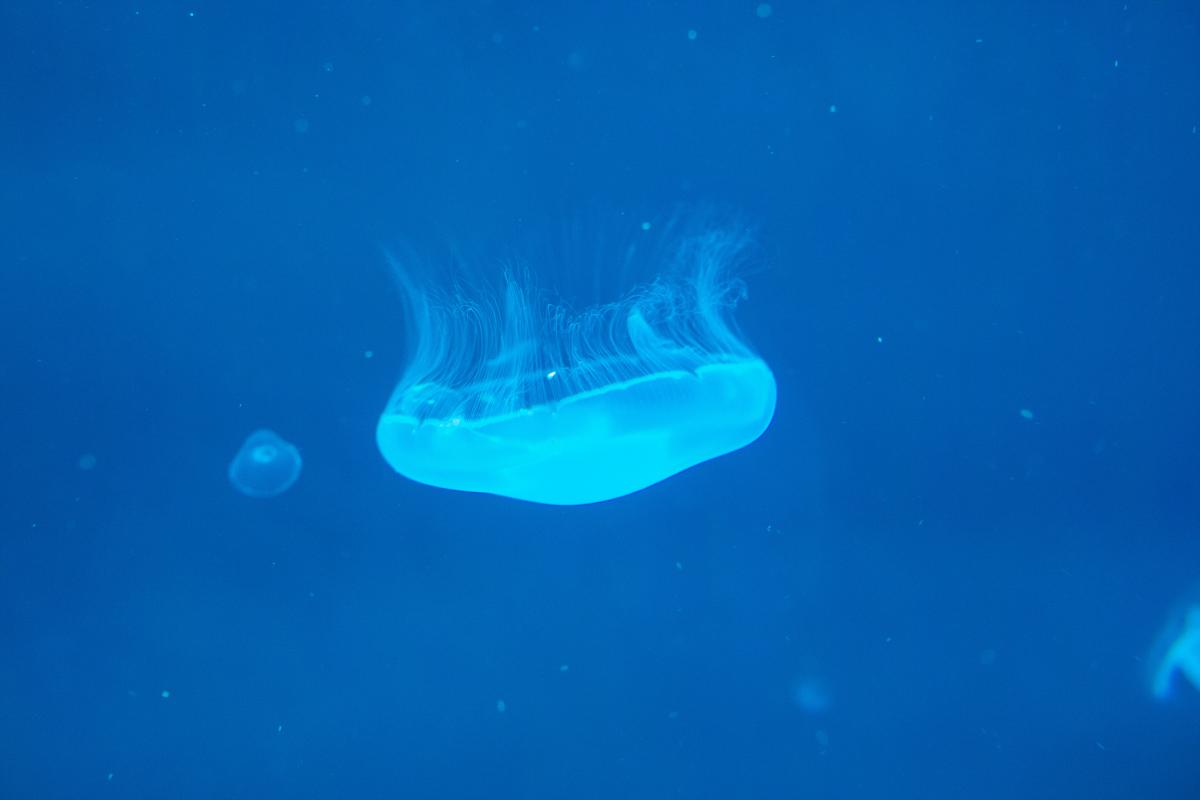 Magic has arrived on the Gold Coast friends and it comes in the form of hundreds of illuminated jellyfish just casually doing their thing.

How can jellyfish be magical you ask? Well, through said illumination of their tiny, transparent bodies by changing coloured lights, put simply.

The experience goes a little something like this. You walk into a dark little area and follow the “oh wows” coming from around the corner. Once there you’ll see what all the fuss is about.

Hundreds of Moon Jelly’s (the most common type of jellyfish) of all shapes and sizes are moving about in a huge tank that changes colour every second or so. Because they’re transparent, it seems as though the jellies themselves change colour, and because they move so slowly, it’s like they’re performing a graceful little Moon Jelly dance just for you.

In a word, mesmerizing.

The incredible creatures have made themselves at home at Seaworld in Main Beach recently as part of a brand new exhibition that will both delight your eyeballs and teach you a thing or two thanks to the first-of-its-kind research laboratory on site.

The Griffith Sea Jellies Research Laboratory is a state-of-the-art facility, placing Griffith University at the forefront of jellyfish research internationally. The jellies exhibit allows you to catch a glimpse of leading research being undertaken into the world of sea jellies, right there at Seaworld. How good!

Not only Moon Jelly’s though, there is an incredible little tank literally pulsing with Upside-down Jelly’s (the greatest name for any animal ever), who live down low in the coral and actually look a little bit like coral themselves. Because, camouflage.

The Mauve Stingers are all spindly arms (legs?) and though they GLOW IN THE DARK, they will also inflict quite the painful sting should you get too close.

Last but not least, is a corridor type situation with cylindrical tanks filled with bigger jellyfish that also change colour but at different times so you are surrounded by colourful creatures and it’s like you’re under the sea but there’s pretty lights and it’s really something else. Long sentence but all of the excitement over here.

Obviously, we’re quite the fans of magical, animal adventures and no doubt you will be too.

Gather the gang and make a day of it, those little jellies will light up your life for real.